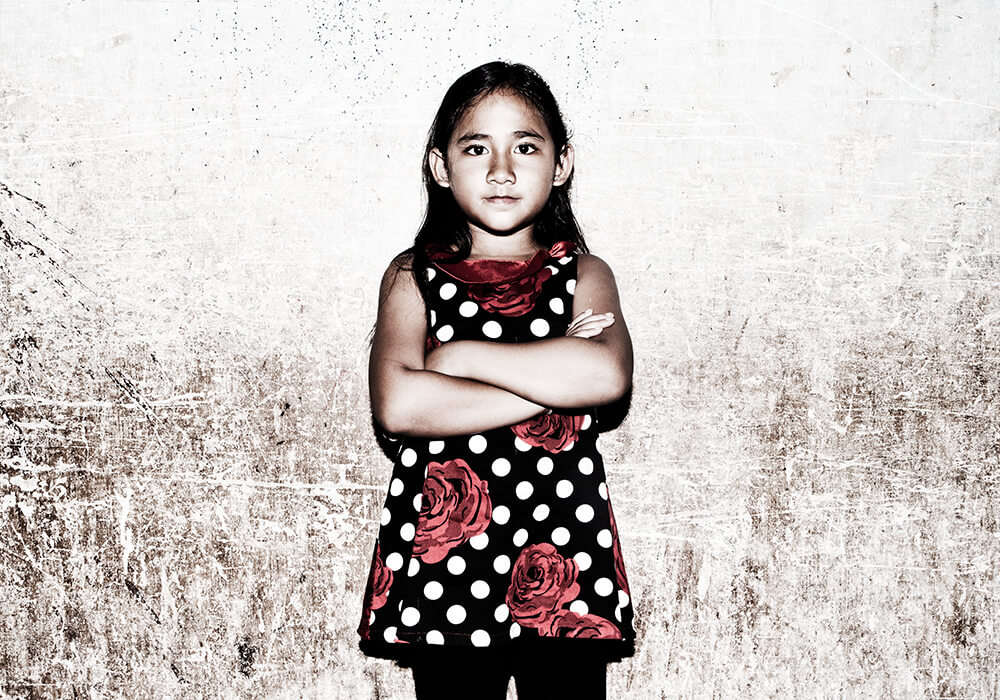 Strength-based Research
From shareholders to stakeholders

Dystopian stories  – often told in an urban setting – is a classic device for opening up discussions on sustainable development. Srey, the Cambodian girl, guides us through such a dystopia, complicated by matters of gender, class, nationality, ethnicity, waste, genocide – and the fact that both charity and mainstream views of siloed sustainability have become obsolete.

Businesses have a unique role to play in sustainable development. Businesses can make immediate, impactful and long-term decisions that create the conditions for global welfare. Few other actors have the possibility to act thus quickly and effectively. At the same time, it is impossible to overlook their responsibilities with regards to consumption, and the people at the bottom of a society shaped by that consumption.

THE DECISION MAKER AND THE POWER TO ENGAGE

Everyone makes decisions daily. People are constantly entangled in complex decision-making processes, perhaps by exercising your power as a consumer, or by participating in a democratic election. In this book, the emphasis is not on personal choice, but on leadership, and decisions that — in some respects boil down to the power to engage others. While these lines of reason are relevant for leaders in any sector, this book zooms in specifically on the business sector, given its critical role in forging the path forward.

Successful companies today are obliged to consider sustainability, one way or another. For instance, they could be motivated by operating on an emerging market, where contributions to the education system might be incentivised by the need to predict and increase the number of people who will gain enough spending power in the future to become customers. Sustainability efforts can also be a way to ensure the quality of production, stir up favourable publicity, or motivate co-workers just to mention a few of the countless reasons why a company might want to behave sustainably.

When sustainability issues move up the hierarchy and the exclusive groups with the most power take ownership over them — does the purpose then run the risk of being lost? Has the conversation become removed from vulnerable groups so that the decisions being made cannot benefit anyone except those who are represented by the people at the table?

Current global challenges — where Srey is one of those who will be most adversely affected — are looming so large that no isolated rescue mission would be able to solve them. Instead, we must acknowledge the system that has lead us to a point where some children are buried alive by waste, while other children hardly have time to rip the wrapping paper of their birthday presents before collapsing into a comforting sleep. Even if it strikes you as unbearable to even imagine the number of children who share Srey’s experiences, leaders need to believe that there is a solution. It is by observing problems as solvable, and treating people and relationships as carriers of solutions, that a foundation is laid for large-scale change.

THE DECISION MAKER AND THE POWER TO ENGAGE

Such an approach shifts the focus of the leader, from shareholder to stakeholder. From the few owning shares to the many being likely to affect or be affected by the company and its actions. Shifting your focus from shareholder to stakeholder radically transforms the type of information you need. Management systems often supply leaders with key financial information that is hardly sufficient for the task of generating value for many more stakeholders. This is why stakeholder dialogue has such an important role to play. It is through dialogue that people who can affect, and are affected by, a company’s actions can contribute to the basis for future decisions with new information. These decisions will then be in a much better position to generate value for more stakeholders.

The greatest challenge for leaders is to capture information from stakeholders who are far away from the boardroom. Even if there is a strong ideal of founding decisions on facts and evidence, most decisions — even in boardrooms — are based on routine and gut feeling. Seeking information from new sources radically challenges dominant notions of knowledge.

Even if dialogues with stakeholders in far-flung locations are demanding, they can bring unique value in return. Individuals representing stakeholder groups without formal influence over the company’s decisions have no interest in preserving existing structures. Hence, they will challenge, develop and expand leaders’ knowledge.

Srey — Tales of Urban Childhood is filled with the stories of girls and young women, but these are not being published for their sake. The aim is not to make their voices heard, they have not asked for it. What they do have, however, is information about the future — information that everybody needs.